I love this man born blind, the man whose story is found in the ninth chapter of John. One miracle moved him from broken street beggar to bold preacher of the truth.

I would like to know his name, but I suppose God has kept that from us for a reason. In some ways, he is Everyman, even though few of us have been born physically blind.

As remarkable as the restoration of his sight seems, the immediate transformation of the healed man’s spirit impresses me more. I don’t expect that life as a beggar had generated a lot of self-confidence.

As the story proceeds, however, we see how he repeatedly proved himself bold because of the miracle he had experienced. He testified to his healing. He even taunted Jewish religious leaders, who feared Jesus’ growing popularity and criticized the miracle.

Having lived in darkness for so long, this new disciple of Christ wanted to stay in the light, avoiding the shadows where the more politically cunning tried to stand.

Do those of you who are Christians remember that moment when you first saw the light, when you fully understood the pivotal role Jesus plays as savior of all creation? Did you experience a sudden boldness? Did that assertiveness replace a muttering shyness about all things religious?

Such a dramatic change in attitude is common for new Christians. Finding a way to hold on to that boldness is not so common, however. Some we would count among the churchgoers have an unfortunate habit of wanting to stand in the shadows like the Pharisees, thinking just a little light will be enough.

John Wesley called such people “Almost Christians,” having a religious look and sound to them but accomplishing little for the kingdom—Christian on the outside, but still deeply dark within. The distinguishing factor between these people and “Altogether Christians,” he said, was a visible love for God and neighbors.

The man healed from blindness immediately began to live as an Altogether Christian. He was bold in declaring Jesus’ presence in this world, worshiping Jesus to show love. He also showed love to his neighbors by being unashamed of Jesus in the face of criticism or worse.

How can we not boldly declare life-giving truth to people we love? We are filled by Christ’s light, even transformed into light, and we are empowered to carry light into the darkness where so many suffer. 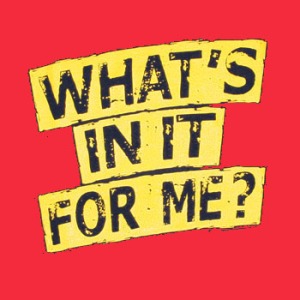 Third in a Sermon Series

Can following God make you a more shrewd person in this life, helping you succeed?

Proverbs 2:1-15 would seem to promise just such a result. It says God is the source of wisdom and knowledge, and that he grants these gifts to those who earnestly seek them. God wants you to want them; certainly, prayer and study are two ways to seek what you desire.

I am convinced that growing in wisdom and knowledge through a relationship with God is largely dependent on knowing the stories in which God reveals himself to us. People may get tired of preachers saying it, but there’s tremendous value in studying your Bible. There is more there than can be learned in a lifetime, a wealth of wisdom applicable to everyday life.

All I have time to do today is share one example of shrewd thinking in the Bible. I’m going to use a Bible story that may be less familiar than some, a story found in 1 Sam. 25:1-42.

The books of 1 Samuel and 2 Samuel are full of strategy and politics, their focus being the rise of David as the great king of Israel. At this point in the 1 Samuel story, David, accompanied by about 600 soldiers, is fleeing King Saul, who pursues David with as many as 3,000 men. At the same time, David is trying to protect the Israelites from Philistine incursions and other threats.

Feeding a small army is, of course, a constant problem, but David thinks he sees an opportunity. He has protected the shepherds of a wealthy man named Nabal, who is of a tribe not Israelite but aligned with the Israelites. He sends word to Nabal reminding him of how he recently has helped Nabal’s shepherds and requests food.

We quickly come to understand that despite his large collection of livestock, Nabal is not shrewd. Hearing David’s request, Nabal is faced with either an opportunity or a threat, depending on how he chooses to view it. He foolishly treats David’s request as neither.

He does not curry favor with David by offering food; likewise, he fails to prepare a defense as the story unfolds. He simply insults the already famous warrior and his small army. Later in the story, it will be noted that to Israelites’ ears, “Nabal” sounds like a description of a crude or base person.

It’s also clear that Nabal has long ago lost the respect of his servants, household, and even his wife, Abigail. One of the young men runs to her for help, knowing this insult will not go unanswered.

David, the product of a culture based on honor and patronage, is furious, of course. Most English translations don’t fully capture just how angry he is, saying that David mutters he will kill Nabal and all of his “men.” The Hebrew term is far more crude, however; Hebrew expert Robert Alter translates David’s words as a desire to kill every “pisser against the wall.” These are no longer people to David, just creatures about to die on the edges of swords.

This is the moment in the story where we discover why the young man in Nabal’s camp went to Abigail. Her husband may be a dullard, but she is shrewd. In addition to sending the food David needs, she approaches him with a clear strategy in mind. First, she deflects David’s anger by placing the blame on herself, words that clearly cause David to pause a moment.

She then launches into a plea with three clear messages embedded in it: David, remember your past, your present and your future.

She artfully reminds him of his past with a veiled reference to his enemies being flung from “the hollow of the sling.” David has to hear in this a reminder of the day God was with him as he killed Goliath.

She also acknowledges that he is at this moment the anointed one of God and that he will be king, and that it would be inappropriate for such a holy person to take on the sin of bloodguilt, a burden Israelites believed they bore when they killed wrongfully, in anger.

Her strategy works, perhaps even better than she imagined. David relents. Later, when she tells Nabal what almost happened, he becomes “like a stone,” most likely, a description of Nabal having a stroke. Ten days later, he is dead. Upon hearing all of this, David sends for the woman who has impressed him so greatly and asks her to be his wife.

Certainly, there is strategy in Abigail’s actions, but it’s also important to remember that all of her cleverness is rooted in a wise understanding of God’s nature, how God expects us to behave, and how David would understand his role in these relationships.

So, are we supposed to behave similarly today? As people in church, should we be equipping ourselves as disciples who think shrewdly?

Jesus said we should. Jesus wanted us to be thinkers and strategists. My favorite example is in Matthew 10:16. Jesus had sent his disciples out to tell the good news of the arrival of the kingdom, but he noted: “Behold, I am sending you out as sheep in the midst of wolves, so be wise as serpents and innocent as doves.”

Wisdom, strategy and thoughtfulness are important, Jesus was saying. Just be sure to root them in his message of love and peace.

As a people who believe God reveals himself to us in Scripture and prayer, we’re left with a question: Are we seeking these gifts earnestly, in a way that they can impact our lives now?

If not, you’re leaving some of the benefits of church involvement on the table.