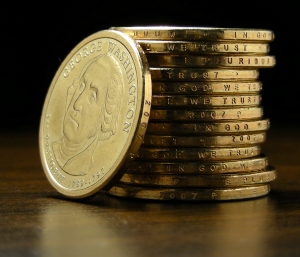 “Tithing.” It almost rhymes with “sighing,” and that’s what most people feel like doing when the subject comes up. Tithing is a burden, the reluctant surrender of 10 percent of what we gain to some mysterious rule of religion.

Or is it? Is it possible tithing has been misunderstood, perhaps even misrepresented for centuries by the church? What if we were to discover tithing is rooted in joy?

As our text shows us today, it’s no great leap to link tithing to joy, a kind of joy that might leave our more legalistic brothers and sisters in Christ tearing at their hair. (When my Baptist deacon grandfather taught me about tithing, he said nothing about “wine” and “strong drink” being involved.) What we have before us is evidence of God’s original intent for tithing, made clear when he embedded the activity in the laws he gave to the Israelites.

We have become confused about tithing for a simple reason: Religious leaders have corrupted the message, largely because of their concern that the money might stop coming one day. It happened in the Old Testament days as Judaism became more institutional and legalistic. In the New Testament, we can see how Jesus criticized the handling of money by the religious leaders of his day, including what we might call “tithe abuse.” For examples, see Matthew 23:23-24, Mark 12:13-17, and  Mark 12:41-44.

Many religious leaders still botch this message. I must admit I have participated in this process myself, a realization that is more than a little humbling. Church leaders tend to sow confusion regarding the tithe in one of two ways. Either we attempt to “re-legalize” tithing to prop up our church coffers, ignoring how the grace of Christ has taken us from under the law, or we ignore the subject entirely, in the process failing to communicate the power God offers us as a people using our resources in community.

I know, a little explanation of what I’m claiming here is in order. There are lots of Old Testament Bible texts related to tithes of different kinds, but our Deuteronomy text is particularly important because it reveals God’s intent.

Look at it again. Are you not struck by how the tithe is to be used? Essentially, the tithe becomes the basis for a celebration, one laden with bread, meat, “wine, strong drink, or whatever you desire.” Imagine the crops all coming in about the same time, and this law being lived out by all the people in just a few weeks. The bounty and the blessing for all must have been incredible. The Hebrew word for “tithe,” ma’aser, must have been a beloved, celebrated sound.

Every third year, this tithe was a particular joy for the Levites, the priestly class who had no land, and other dispossessed people: the travelers among the Jews, the orphans, and the widows. The harvest went into storage so these people with few resources would have enough.

I also should note the tithing law talks about the Israelites as if they would have fields and crops one day, live in cities, and have a central location for worship. These agrarian and urban settings represent divine foresight—the Israelites were desert wanderers when they received the law. Because God clearly is peering into the future as he gives this part of the law, and because tithing pre-dates the law, I have no problems seeing the tithing principle as timeless.

So, the obvious question is, how might we tithe today according to God’s intent? In short, I would say we should tithe with an expectation that our churches become places of great joy and abundance, for ourselves and for the dispossessed within our reach.

Imagine how different churches would be if every Christian household were to grasp the potential of the tithe as God intended it and begin to tithe. I’m going to keep the math simple here, asking that you trust I’ve actually done some calculations using government data for household incomes and available church data. At a minimum, what is given at Luminary would double; it very well could triple.

For Luminary, that would mean at a minimum an extra $240,000 or so a year, all in a church that already has its fixed costs covered. This would be ministry money, available to make our time together a great joy and providing the kind of abundance that could touch thousands of lives locally and even far away.

It sounds like a pipe dream, but I believe that if God already has said it is possible for a tithing community to have great joy and a powerful impact, then it must be something to pursue. I invite you to spend this next week dreaming about the impact of such a church on the world.

Next Sunday, I’ll share what I see. I hope to hear from some of you online and  in our worship services regarding what you imagine.